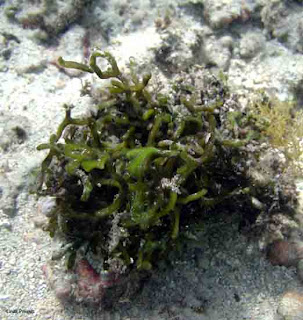 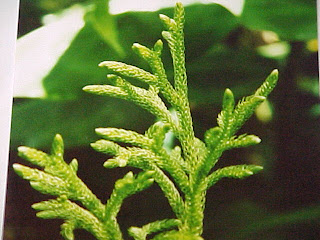 leg, foot, paw; upper leg of a crab; foot of a rainbow; to walk.


This is a commonly mispronounced word, most likely because it's cumbersome, especially the ending part. Most people want to end with a long "ee"sound, as in knee. or say something like "waewae" or "waiwai" (which actually means wealthy or rich). I've even seen it spelled that way! The first half, "wā" should be emphasized, then followed by a light "wae".  Hmm, should add a sound byte to this blog.

An interesting note: the limu we know as wāwae ʻiole (green, spongy like, looks like a mini shrub of sorts, ʻono in poke) literally means "rat feet" which sounds kind of gross but is quite descriptive of the limu and helps me to remember its name. Also interesting is there is a plant on land that bears the same name, can be found in the forests and looks almost EXACTLY like the limu. It is used frequently in lei wili!